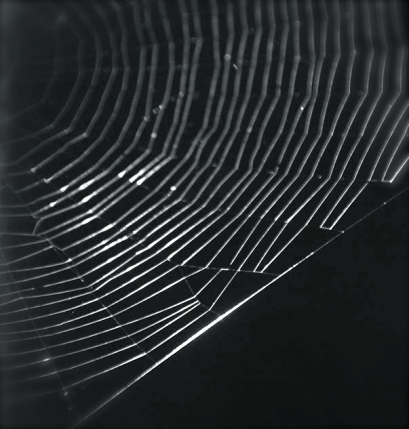 When I began writing this piece, I wanted to create a musical world where Maori and Western musical tradition could communicate in the same language.

The Taonga Puoro are an aural tradition, deeply entwined with Maori culture and absolutely unique to Aotearoa and the Maori people. Western music, on the other hand, is a written tradition that encompasses the collision and intersection of many places and cultures.

I thought about the tangible things that these different traditions have in common and decided to create a myth to act as a musical form for the piece. Because Maori mythology is fundamental to the art of the Taonga Puoro – and because many mythologies exist at the ancient heart of Western art – this felt like a familiar place for everyone.

As the music evolved and I learned more about the poetry and science of Te Ao Maori, I wanted to delve deeper. Horo is very generous with his knowledge, as the Trio are with theirs. I spent a lot of time talking with Tim Worrall about the concepts I was exploring and he too was an abundant source of knowledge and inspiration. But the more you learn, the more you realise you don’t know… and it dawned on me that I wasn’t composing alone and neither did I want to. It was clear that everyone else involved was fundamentally altering the course of the music and that – in a way – they were composing the piece too.

As I’ve explored these ancestral links, I’ve come to imagine whakapapa as an almost infinite series of pathways that lead everyone and everything back to the place where we all began (the western parallel is evolutionary science). Whakapapa travels back, not only through people, but through animals, insects, plants, minerals and elements.  The Taonga Puoro are made to vibrate and communicate along these pathways, transcending time and space.

This power also resides in the instruments of the Piano Trio, who can find their own Kaitiaki amongst the Atua of the materials from which theyʼre made. Whether those guardians and ancestors are from Aotearoa, or the many other places from which Western culture is derived, the Violin, Cello and Piano connect us spiritually to our origins and to each other.

As the piece has continued to evolve, other themes have revealed themselves.  The most important of these are concepts of transformation, illumination and, particularly, transition.

In Te Ao Maori, there is a state that exists between life and death, earth and sky, light and dark. It’s the point where the spiritual and physical worlds intersect. As I’ve composed and my mind has wandered, I’ve drawn my own, personal comparisons between this idea and some of the beautiful theories about parallel universes and multiple dimensions that occupy the minds of physicists (and which have long fascinated me).  This is a part of my own cultural heritage and it gives me chills to realise that many deep Maori concepts –  derived centuries ago in geographical isolation – run parallel to Western thought, even if they are articulated quite differently on the surface.

These kinds of intersections – the doorways that connect us, the places where Te Arai (the Veil that separates us from our ancestors) is permeable – are where I imagine the mythical Toi Huarewa to manifest. These doorways lead to places full of mystery and wonder that all of us, regardless of our culture, can seek, access and perceive, if we choose to open them.